From the Front Lines to the Boardroom: How L.M. Kohn President Carl Hollister Equips His Teams for Success

From the Front Lines to the Boardroom: How L.M. Kohn President Carl Hollister Equips His Teams for Success 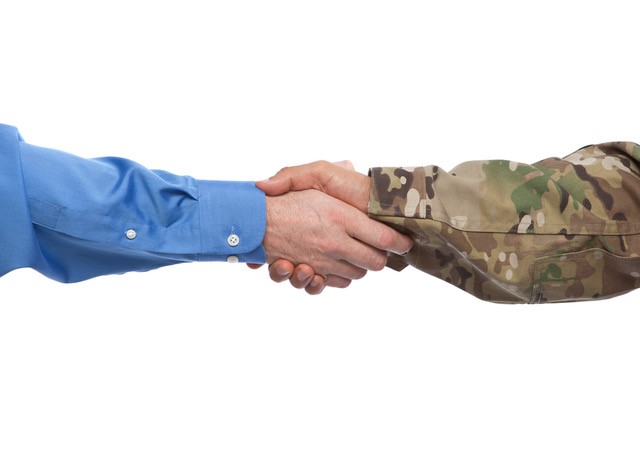 One of our primary objectives is to maintain an inventory of tools, knowledge and skills to equip our advisors with the resources they need to perform their jobs successfully. Doing so requires skilled and experienced leadership, and at L.M. Kohn, we are proud of the talent of our executive staff. One such example is that of President and CCO/COO, Carl Hollister, who for more than 25 years has helped build L.M. Kohn into the successful financial advisory practice that it is today. Carl has a dynamic set of strategic leadership skills that have added a tremendous amount of value to the advisors at L.M. Kohn, and the story of how he obtained these skills is one worth telling.

With a sense of obligation to his country, as well as a wish to create a path forward for college, Carl enlisted in the U.S. Army Reserves in 1985. After completing basic training, his command identified Carl’s innate abilities to find and carry out the implicit tasks required to complete a mission, and he was made a squad leader in charge of other enlisted troops. Sensing an opportunity for advancement, Carl attended ROTC during his college career and was commissioned as an officer in 1988.

From there, Carl joined a unit and was trained in psychological operations. He was deployed to Central America, supporting U.S. National Policy initiatives in Honduras, Guatemala and Belize. Carl continued his military professional development by attending the U.S. Army John F. Kennedy Special Warfare Center and School at Fort Bragg, where he received additional training on FID UW (foreign internal defense unconventional warfare) and CMO (civil military operations). He was then deployed and commanded a battalion-sized element assigned to Forward Operating Base Chapman in Khost province, Afghanistan, in support of Operation Enduring Freedom. During his tour in Afghanistan, Carl was awarded the Bronze Star and Combat Action Badge, as well as campaign awards. Carl and his teams would later be featured by author Robert Kemp in his 2014 book Counterinsurgency in Eastern Afghanistan 2004-2008: A Civilian Perspective for the work they accomplished.

After 21 years of service, 17 of which were in Special Operations Forces, Carl retired at the rank of Major from the U.S. Army Reserves in 2007, focusing his full attention on L.M. Kohn.

Carl’s military service has endowed him with many valuable life and leadership skills, which he continues to avail today. As a battalion commander, he learned the value of resourcing the right people, identifying an objective, training, measuring for success, and adjusting future training accordingly. He was taught that teams are more effective than individuals, and to continually access his teams to identify opportunities for additional coaching and create a path for leaders to develop and eventually take over. He made sure that his teams had the most up-to-date weapons and technologies at their disposal to give them the competitive edge.

According to Carl, these skills translate well to his current position. Today, Carl is in charge of maintaining L.M. Kohn’s compliant operational structure to ensure that all reps and brokers understand the requirements. When new requirements come out, he resources capital to make sure L.M. Kohn advisors can be compliant. Carl develops strategies to recruit and strengthen new teams of advisors. And he makes certain that all of his teams are equipped with an effective and efficient technology platform to take care of their customers and be profitable.

To learn more about L.M. Kohn and how the skills of our executive staff keep advisors compliant and profitable, contact us today.