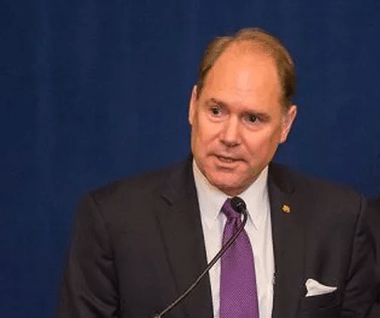 Carl has been by Larry’s side building L.M. Kohn for more than 25 years. When Carl first joined the firm, he was also still very active in the U.S. Army Reserves as part of Special Operations Forces. Carl retired from the Reserves in April 2007 after completing a tour in Afghanistan where he was presented the Bronze Star. Until September of 2017, he has mostly served as Executive Vice President, Chief Compliance Officer and Chief Operating Officer keeping the company and its advisors on the straight and narrow (much like he did in the Army). He took over as President to both relieve Larry from day-to-day operations AND because he had a clear vision for the future for the industry and the firm. He wants to grow L.M. Kohn and make this special opportunity available to more financial advisors.

Carl continues to maintain and grow the extremely close relationship that L.M. Kohn has with the Royal Bank of Canada (RBC) as he sits on the RBC Correspondent Services Advisory Council. This relationship facilitates the ability to lobby our advisors’ voice for continued improvements to the platform, get access to the newest offerings and quick responses when advisors have issues.

Carl initiated the firms focus on developing the platform of technology tools and investment to create LMK Dash to greatly increase advisors’ efficiency and effectiveness when serving their clients. Lives in Mason, Ohio with wife Cynthia and daughter Alexandra.

While serving as President, Carl continues to serve clients as a financial advisor.